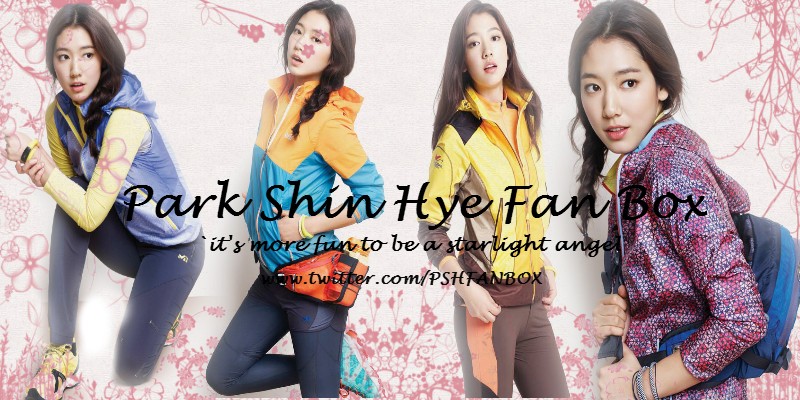 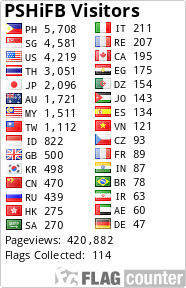 Park Shin-hye will be transforming into a law school student.

Park Shin-hye has been cast in the upcoming movie December 23. In it, she will portray the law school student daughter of a mentally challenged father, played by Ryu Seung-ryong. Joining Park Shin-hye in her first movie in two years will be Jung Jin-young and Kim Jung-tae.

Regarding her casting, Park Shin-hye’s 4HIM Entertainment said, “Though we received a lot of offers for Park Shin-hye’s next production, we selected the most merit-filled role for ‘actress Park Shin-hye’. With a great script and experienced actors on board we will show a new side of Park Shin-hye through December 23.”

Park Shin-hye added, “From the first time I read the scenario, I found myself unexpectedly crying. I’m happy to be a part of this wonderful production filled with warm emotions, laughter and tears. I will show a new Park Shin-hye.” 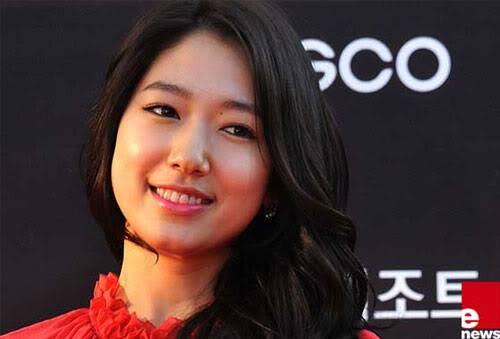 To undergo a believable transformation, Park Shin-hye has begun meeting with real law school students to receive a better understanding of her role.

December 23 will begin shooting in June with a scheduled premiere date for later this year.

It’s hot isn’t it～ㅠㅅㅠ
Kya--!! Long time not seeing you all!! It’s very hot in Korea～. I don’t like rain so much, but I wish it would rain today!!
How are you doing all? I’m having semester exams and bit busy. (T_T) Are you also having an exam term?
Let’s all of us finghtingｖ（＾＿＾ｖ）♪

CN Blue’s Jung Yong Hwa and Park Shin Hye will come together once more for their past drama.

An official fan meeting will be held on July 16 at Tokyo’s International Forum (A Hall) ahead of the Japanese television premiere of the past MBC drama Heartstrings.

The fan meeting will be attended by both the leads of the drama, Jung Yong Hwa and Park Shin Hye, where the two will hold a discussion time with fans, show clips and unveil stories from the drama’s shooting.

Heartstrings originally aired in the summer of 2011 on MBC and told the story of college students aspiring to become musicians.

The drama has shown great popularity in Japan where it even reached first place on Japan’s Tsutaya DVD rental ranking.

Heartstrings will make its Japanese television premiere on July 9 on Fuji TV.

The main characters in the movie "December 23rd" is revealed...

Park Shin Hye to Co-Star with Ryu Seung Ryong in Her Next Project
June 5th, 2012 by admin at koreandramablog.com 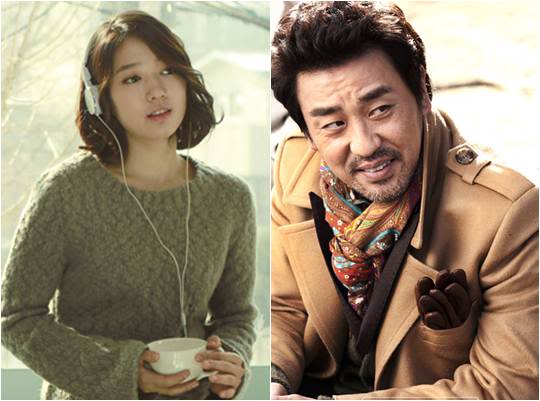 Actress Park Shin Hye (You’re Beautiful, Heartstrings) has picked her next project to be in the upcoming movie called ‘December 23’ which will require her to transform into a law school student.

The movie has attached the names of senior actors such as Ryu Seung Ryong, Jung Jin Young, and Kim Jung Tae in the cast lineup. It’s about a law-student daughter who works to prove his mentally-handicapped father (Ryu) innocent of a crime that his father never commits.

To prepare her role, Park has been meeting real law school students to get a better understanding of her role. ‘December 23’ will begin its filming this month and premiere later this year.

is that her dog bonji and nori?

she really love her dog

Park Shin Hye will hold an official promotional fan meeting for the drama series You’ve Fallen for Me (Heartstrings) at Japan in July.

Park is going to hold the fan meeting as MBC TV’s drama series You’ve Fallen for Me (Heartstrings) will start airing on Fuji TV in Japan in July. The fan meeting, in which two main actors Park Shin Hye and Jung Yong Hwa will attend, will be held twice at Tokyo International Forum Hall on July 16.

You’ve Fallen for Me (Heartstrings), which aired in Korea for two months from June 2011, became highly popular after it aired on such Japanese cable channels as Mnet Japan. Ranking first on the DVD Rental Chart of Tsutaya, the biggest music chain, it has already received many Japanese people’s love and attention.

Park was recently cast in the movie December 23.

Two bihaindeukeot oboe ..! Sir has given me a photo of my dog​​> _ <so prettier ..? Who keeps a bag before, but I'm headed to my brother and sister sitting! Wait! Stacked repeatedly. ^ ^ Yfrog.com/obk4nqpj

[TRANS 15/6 @ssinz] OhBoy's behind the scene cut..! The chief editor has given me our pictures of the doggies>_< very pretty..? Not only that, Bongji also kept walking towards and sat down in front of the sisters and brothers! Wait!! Is doing it repeatedly.^^

Shinhye in twitting again and she mention her dogs boggie and nori she attached photo of them...they are so cute.

Ryuseungryong, main cast of 23rd December is on crash diet. He aimed to 6 ~ 7kg weight loss. 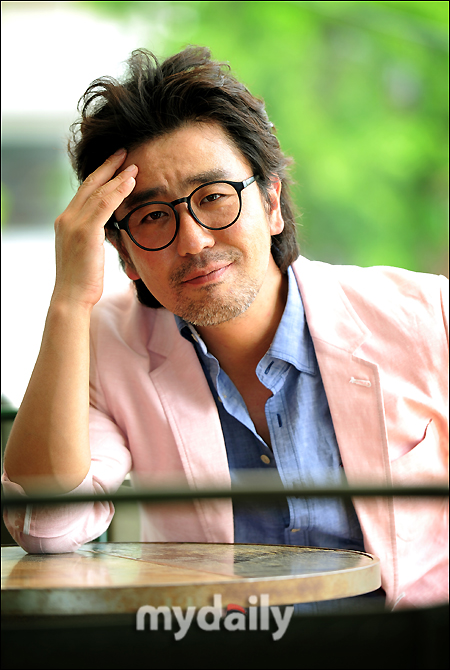 Ryuseungryong, diet rush for the sequel "6 ~ 7kg weight loss goals"
[My Daily = Ree News] Actor ryuseung dragons are venturing on a diet to this movie.

Dragon ryuseung a pub on the 12th, held in Seoul in Sinsa film all of my wife "(directed mingyudong, supilreum younghwasajip production, distribution NEW) 350 break 만 anniversary party to attend," Dieting for the sequel, "he said.

Ryuseung day, May 23, 2012 dragon movies' test arrived on the scene after shooting. He 6 ~ 7kg weight loss for this film being on a diet that aims to showcase balhimyeo attracted to a new hairstyle.

May 23, 2012 "What information about mental retardation as a father and daughter, 'I am Sam" and "Life is Beautiful' is reminiscent of the human comedy movie. 'Lump', 'Champ' yihwangyeong supervision of work holding a megaphone "Korean Sam I AM" as is anticipated.

Ryuseung dragon with mental retardation to the role of the father in the equipment bunhamyeo Jung Jin Young, ohdalsu, Lee Jung, Jung - Tae, jeongmansik, starring Park Shin Hye is the only woman.

The dragon ryuseung the current 'light pollution: a man of the King "is in full swing at the end of shooting.

Park Shin Hye to Play as A Law School Student in Her Next Movie, "December 23rd" 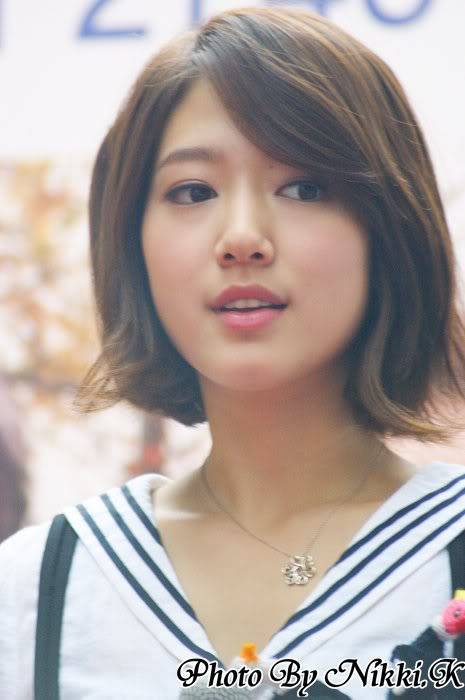 In the movie, Park will play the role of Ye Sung, a law school student whose father is mentally handicapped (Ryu). Later, her father is falsely accused of a crime and sent to prison. She then works hard to prove his innocence. Meanwhile, Jung will play the prison warden.

‘December 23’ movie is to release later this year. 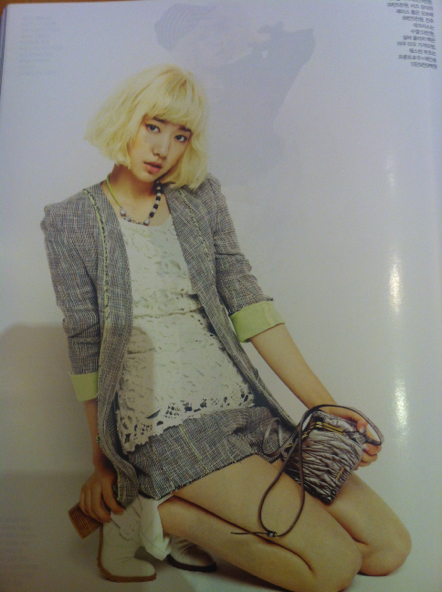 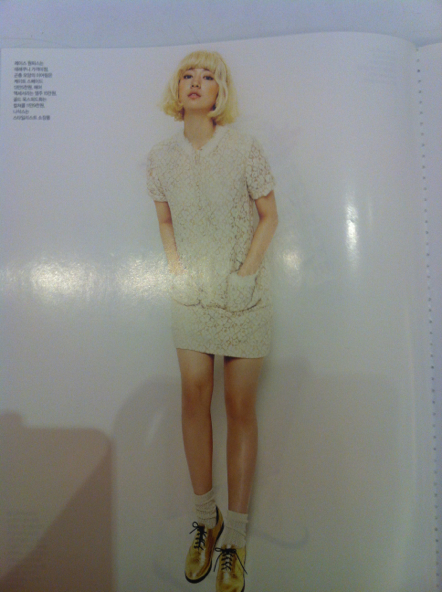 Park Shin Hye Twitter Update- 06/22/12
[Trans] It's finally over(exams)..!! I am I am very very happy~~~~^ㅡ^ I spent the last 2 weeks like a zombie. Finally starting to be a normal human.. Can spend my weekend happily ahahahah~kyakyakyakyakyakyakyakyakyakyakekekekekeke

I have just watched the 1st Fanmeeting of Shin Hye in Japan last feb. 2012. It is my first to watch that and i love it. Shin Hye is so beautiful there,and i loved her more when she chose JANG GEUN SUK over the other guys that she has to choose from, i think it was a sort of a game like what jgs had done in another show years ago. I wonder if geun suk watch this? I hope he did for shin hye is so beautiful there and shin hye chose him there... 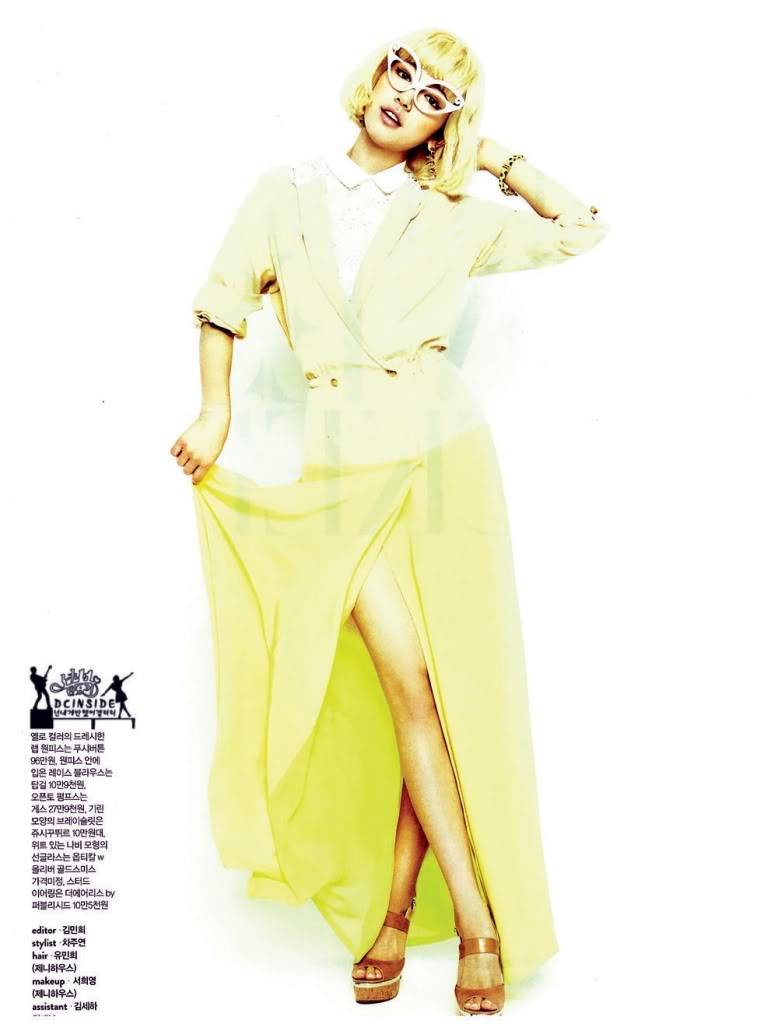 Actress Park Shin Hye, who sometimes is bright, sometimes calm, and at other times sexy, turned into a blonde barbie doll for this photo shoot.

In the July edition of the fashion magazine Sure, Park Shin Hye revealed her photo shoot. The theme of the shoot was “modern romance,” in which she pulled off quite well. The blonde hair was added for more of a doll-like beauty.

One representative from Sure commented, “We wanted to represent the romantic trend in a cool and chic way. We mix and matched a casual denim jacket, sophisticated chiffon dress, and tough looking shoes in order to make a new chic romantic look. Park Shin Hye perfectly understood every detail of our intentions and was able to help us throughout the filming process. I think because of her we were able to produce a successful photo shoot.”

One representative from Park Shin Hye’s agency, 4HIM Entertainment, revealed that Park Shin Hye was very happy throughout the whole photo shoot because she was able to try a completely different look.

Internet users commented, “She looks so good in blonde hair… She’s pretty no matter what”, “She looks like a girl from the future!” and “I love the mysterious and different look.”
mssweet821

The drama, “Heartstrings,” that stars CNBlue’s Jung Yong Hwa and actress Park Shin Hye will air in Japan through Fuji TV in July. Along with the start of the televising, the two stars will have an official fan meeting on July 16. There will be two separate meetings held that day at the Tokyo National Forum, Hall A. At the fan meeting, the two will watch a video of “Heartstrings” with their fans and then have a talk show. They are planning to share their thoughts with their fans through those ways.

“Heartstrings” is a drama that portrays the dream and love of the college students, who dream to become musicians. Besides Jung Yong Hwa, CNBlue’s Kang Min Hyuk also appeared in it.

“Heartstrings” will air its first episode on July 9 through Fuji TV.

Meanwhile, CNBlue will be releasing their third single album, “Come On,” in Japan, on August 1.

Jung Yong Hwa Choose Shin Hye again in second time around as her Ideal Girl...he is

In Round 1, they ask him to choose between Park Shin-hye and UEE: "I have to pick one? As an acting partner?" They tell him it's based on physical appearances, to which he answers, "I really don't consider looks" in regards to his ideal girl. He wiggles out of this one by saying, "Judging by the characters the two actors play, wouldn't Go Mi-nam be better? It's not Park Shin-hye I'm choosing, it's Go Mi-nam."

In Round 2, he has to pick between Yoona of SNSD and Gu Hara of Kara. Yong-hwa is so cute when he asks again, "Do I really have to choose between one of them? Ah, this is really difficult... I'll go with Yoona-shi. Of course, Gu Hara-shi is very pretty, but the reason why I picked Yoona-shi is because SNSD was really popular in my high school." He laughs at his answer.

In Round 3, he has to pick between Hyori and Son Dahm-bi. Laughingly, he begins by saying, "Of course, they both have a lot of charms. Um, who should I pick? [pause] Hyori-sunbae..." he trails off. "Of course, Son Dahm-bi-sunbae is a charming person"--people laugh at his diplomatic reply, and Yong-hwa goes on to cite how Hyori orders issues (?). I have no idea what this means, I'm assuming it's some Korean slang this poor translator is unfamiliar with. "To guys, Hyori-sunbae is very cool." (Here, he uses an adjective that's traditionally associated with guys, but recently, it's common to use for females too.) "That isn't to say Son Dahm-bi-sunbae isn't cool, but Hyori-sunbae seems to have more.... I used to really like Fin.K.L." (Fin.K.L. is the band Hyori used to be in.)

In Round 4, he has to pick between Go Hyun-jung and Kim So-yeon. Yong-hwa groans, "Oh, this is extremely difficult. Both of them have this immense charm, but... I have to go with Go Hyun-jung-sunbae."